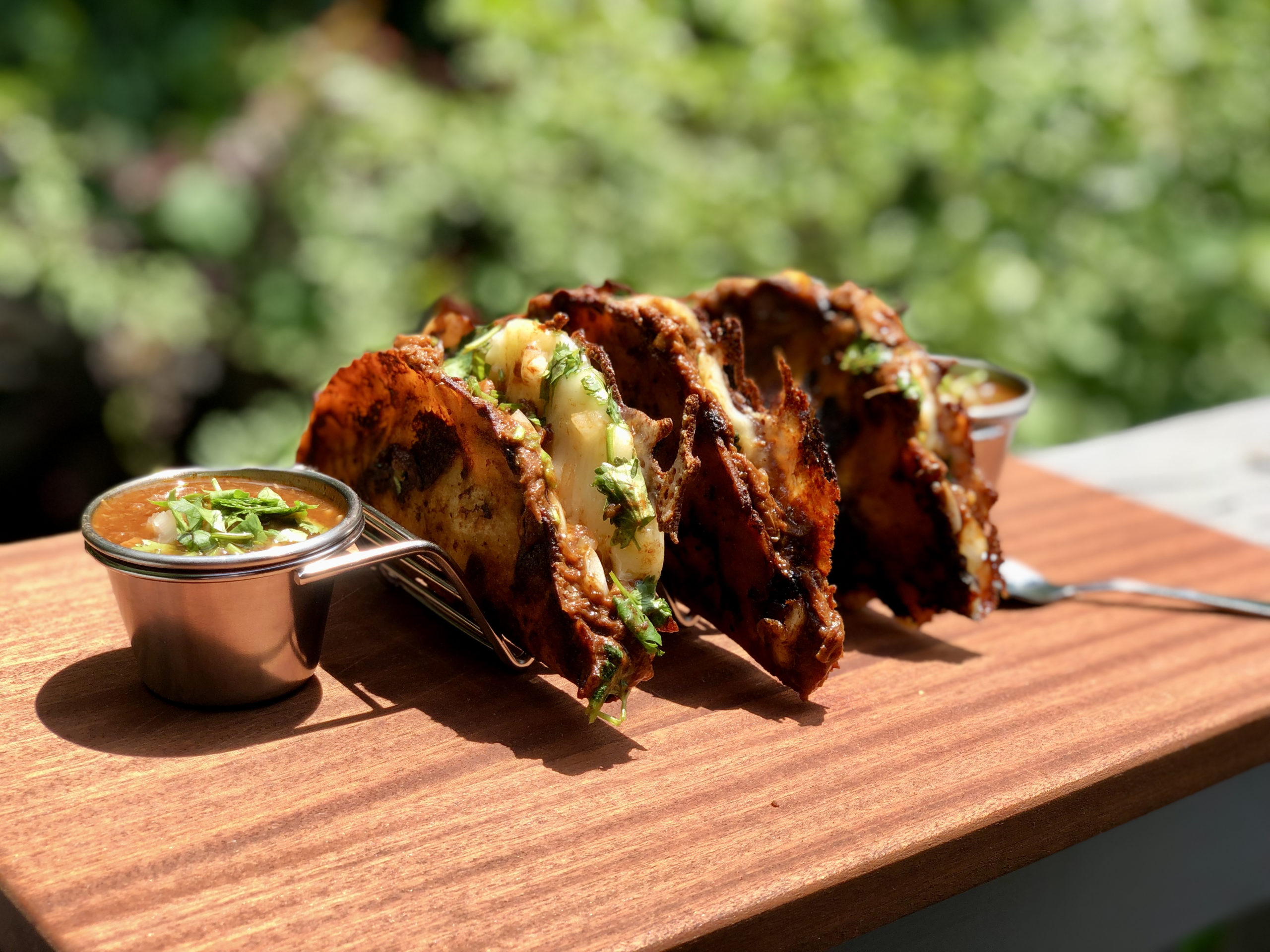 Sometimes, slow food from south of the border is exactly what you need to bring the family together. These vegetarian tacos are made with jackfruit, which tastes surprisingly like shredded beef when transformed by the spices and seasonings.